1. The reports of Officers, Trustees, and Committees.

2. Election of four (4) Trustees for three-year terms. The following have been nominated as Trustees by the Committee of Nominations as provided in the bylaws:

The following have been Nominated by Petition per the bylaws:

3. And, any other business which may come before the meeting or any adjournment thereof. Prizes will be drawn for at the close of the business meeting to members holding lucky tickets. Only members who have registered will be eligible for prizes. We are looking forward to the meeting. 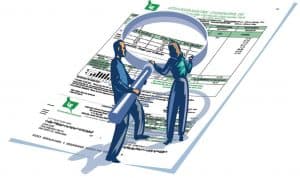 Each registered member will receive a $25 bill credit. 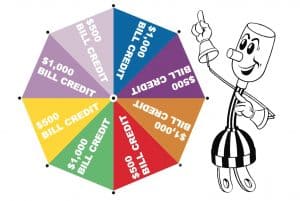 Question One: Would you like to retain your right to vote for trustee positions in each district?

Explanation: Your Cooperative is divided into ten districts, and each district is represented by one trustee on the board. This structure ensures that our entire service territory is represented. You can vote in every district election, regardless of where you live. However, if the Cooperative adopts single-member voting districts, you would only be allowed to vote for board candidates who live in the district where you live, and that election would occur every third year. Your Cooperative’s board recommends that you vote “YES” to maintain full member voting rights because it believes the Cooperative is best served in this manner.

[  ] YES, I want the opportunity to keep voting for every seat on the board.
[  ] NO, I only want authority to vote for candidates in my own district.

Question Two: Do you vote to approve the amendments to the bylaws as previously circulated in the June 2020 issue of South Carolina Living?

Explanation: In 2019, the South Carolina General Assembly passed governance reform legislation for the state’s electric cooperatives. The bill, known as Act 56, focused on a variety of issues to include the method for electing trustees and the increase of communication to members. In response to this legislation, and in an effort to modernize the bylaws, a team of your trustees met on a regular basis to complete revisions to the current bylaws. These revised bylaws bring our Cooperative in compliance with South Carolina law (Act 56) and also update the way Cooperative business is conducted. Your Cooperative’s board recommends that you vote “YES” to accept the proposed changes to the bylaws.

[  ] YES, I approve the amendments and vote to adopt the revised bylaws.
[  ] NO, I do not approve making changes to the bylaws.