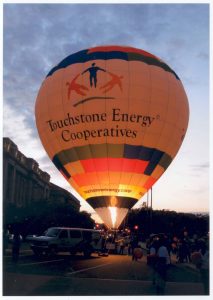 Electric cooperatives were established to provide electricity to rural America, and now make up the largest electric utility network in the nation. Touchstone Energy is the national brand identity for that network.

Did you know Electric Cooperatives …

What Makes Our Cooperatives Different

Login to Your Account
Your Bill
Service Forms
Co-op Connections Card
Save Energy, Save Money