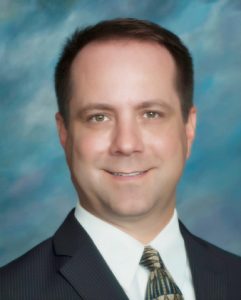 During Little River Electric Cooperative’s 2022 Annual Meeting event in September, the Board of Trustees will ask for the members’ vote to reduce the number of Trustees from a maximum of ten under the current Bylaws to an eventual and fixed number of seven under the proposed new Bylaws.

When fully implemented, this change is calculated to save the cooperative more than $30,000 every year, thereby contributing to the cooperative’s efforts to keep rates as low as possible, but without any reduction to or harm in service to the members.

As established in Article IV, Section 1, of the current Bylaws:

General Powers. The business affairs of the cooperative shall be managed by a board of not more than ten trustees who shall exercise all the powers of the cooperative except such as are by law, the Articles of Incorporation or these Bylaws conferred upon or reserved to the members. The original drafting of this language was specifically intended to accommodate an eventual reduction in the number of Trustees, since Little River currently has one of the largest Boards in the entire state despite being one of the smallest cooperatives in the state. As a result of this imbalance, Members of Little River Electric Cooperative incur higher than necessary carrying costs to support governance functions. The proposed change aims to save money by correcting this imbalance.

How this change will be implemented

As a result of recent resignations, there are eight active Trustees and up to a total of two vacancies. The Board proposes to eliminate the two vacant positions at this time, since the cooperative is already required to redraw the district boundaries to correct existing imbalances in the number of members per district.

Eventually, as an additional vacancy might arise, a third seat will automatically be eliminated, and boundaries will be re-adjusted to bring the final total number of Trustees to seven.

The Board urges all members to vote YES to the proposed changes.

On your official Annual Meeting Voting ballot, you will see the following:

__ YES, I vote in favor of the proposed Bylaw changes, including the proposal to reduce the size of the Board from a maximum of 10 to a total of 7, as outlined above, which is calculated to result in substantial savings of more than $30,000 each year to the cooperative and the members but without any reduction in service to the members.

__ NO, while I vote in favor of the other proposed Bylaw changes, I vote against the proposal to reduce the size of the Board from 10 to 7, despite the exceptional costs this structure imposes on the cooperative and its members. In the event of a majority “no” vote, the cooperative will convene a special meeting to fill the two vacancies and bring the total number of active Trustees to 10.

__ NO, I vote against the proposed Bylaw changes in their entirety, including the proposal to reduce the size of the Board from 10 to 7, despite the exceptional costs this structure imposes on the cooperative and its members.

We look forward to seeing you at the Annual Meeting registration in September.

In the event of a power outage, it’s important that Little River Electric has your correct account information.

Up-to-date contact information can potentially speed up the power restoration process during an outage.

If you have changed or added phone numbers, or your status has changed in any way, your co-op has four easy ways to update account information.