Little River Electric held another successful annual meeting in September. The cooperative once again offered its members the opportunity to register at drive-thru locations throughout its territory over multiple days—Sept. 18, 24 and 25. That accessibility resulted in 1,324 members registering, allowing Little River Electric to meet the required meeting quorum of 5% of the total membership.

“We appreciate that our members are adapting to this new way of participating in our annual meeting,” says Tricia Smith, member services and communications director. “It was good to see so many familiar faces come to our registration events.”

At the virtual business meeting, which was streamed live on the cooperative’s website, it was confirmed three Little River Electric trustees will return to their board seats following their re-election:

Each year the Little River Trust Board for Operation Round Up has a canned food drive to help local food banks. In lieu of cans, the cooperative accepted monetary donations and raised over $6,700 along with several bags of canned goods. Jan Parks Brown also won a $200 bill credit thanks to her donation.

“We want to thank everyone that gave,” says Dale Wilson, Little River Trust Board chairman, “Many people will be served because of our members’ amazing generosity.” 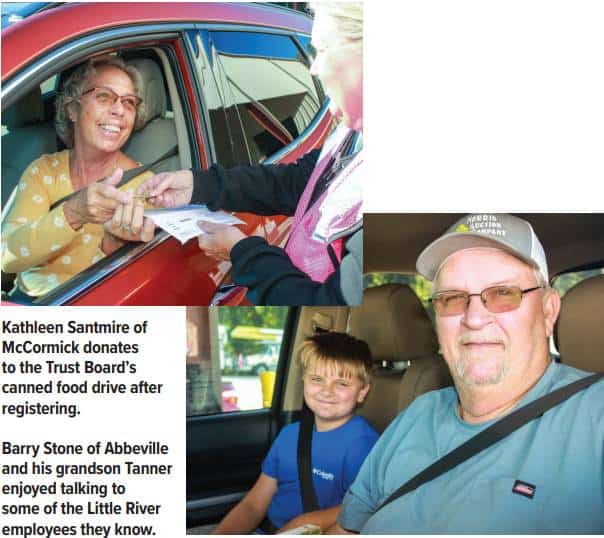