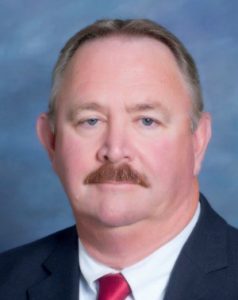 Recently, Texas was hit with widespread loss of power due to freezing temperatures, damaging ice, and snow. Some Texans also received huge energy bills because they chose to select purchasing plans that allowed their costs to float with wholesale prices, which may be cheaper than fixed rates during good weather but can spike when demand exceeds supply. Power costs rise and fall on the wholesale market even in South Carolina. However, retail consumers—that is, homes and businesses—are less exposed to wholesale price fluctuations than in Texas.

Texas operates its own, mostly isolated electric transmission grid. This was another major issue with their catastrophic outage. They generate most of their own power through wind, solar, and power supply plants that burn natural gas. The weather had an enormous impact on each of these. With only a couple of interconnections to regions outside of the state, Texas had only a limited amount of power from other sources.

Can this happen here?

Your electric cooperative, along with the other electric utilities, benefits through collaboration and cooperation; they act together to operate the bulk electric system, with more than 70 points of interconnection between the members. The cooperatives wholesale suppliers have a combined reserve margin of 26% for this winter with nearly 48 gigawatts of generation and for over 38 gigawatts of load. In other words, the electricity will be available when needed.

The Southeast is not without threats of bad weather, such as ice, snow, thunderstorms, tornadoes, high winds, and hurricanes. Each of these can contribute to major or catastrophic events resulting in power outages. Little River has experienced many of these events; however, during these times, most service was restored in less than seven days. It is difficult to predict weather events not yet experienced, but extensive planning goes into the amount and type of power generation sources used.

Little River also is aggressively cutting right of way and doing maintenance on its system. This, along with other things mentioned, has us in much better shape than power providers in Texas.

Not all heroes wear capes

This month is Lineman Appreciation Month. Without these hardworking individuals, the power cannot be delivered or restored. I am very proud of our linemen and the rest of the support personnel that do their job in all types of conditions. If you see our linemen, employees, or anyone associated with an electrical distribution company, tell them you appreciate their dedication to their jobs and what they do to keep us comfortable.