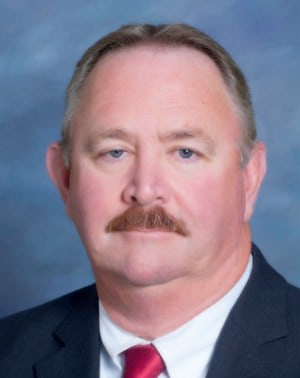 Planning an annual meeting during this pandemic was quite challenging. After many obstacles, you helped Little River Electric make this year’s meeting a total success. Our employees rose to the challenge and did a phenomenal job making it happen. We set up drive-thru registration and voting in three counties over a two-week period in August. One Saturday, we had three locations running simultaneously.

This was a record-breaking year as 1,533 members came out to support the co-op. Although the process was different, we still had to meet our quorum of 5% of the membership to have a legal meeting. We met that standard and then some as 14.1% of our membership registered and voted.

Technology played a vital role in our achievement. Scanners were used to register members along with an app from our billing software accessible to our iPads. The app automatically notified our billing system to apply a $25 bill credit to your September bill. Another app was created to make voting for your trustees, revised bylaws, and district voting easier. The voting tallies were tabulated with the company responsible for creating the application and results were emailed to our attorney during the meeting. The business meeting was live-streamed on our website. If you missed it, the video is available to watch here. 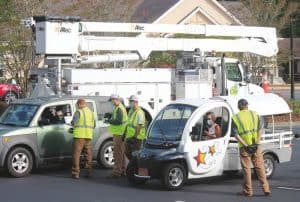 Little River Electric linemen help members register and vote during one of the nine drive-thru events held in August.

Each year the Trust Board of our Operation Round Up program has a canned food drive during the annual meeting to help our local food banks in our service areas. In lieu of cans, we asked for monetary donations at each of the registration locations and members responded with $6,200 in donations along with several bags of canned goods. That is amazing! On behalf of the Trust Board and myself, thank you for giving. Many people will be served, thanks to you.

Join me as we congratulate our newly elected members of the board of Little River Electric—Travis G. Burriss (District 1), W. Terry Ricketts (District 5), and Patsy Wilson (District 10).

Congratulations to W.F. “Bill” Davis for being re-elected in District 4. I appreciate their willingness to serve as your trustees.

Congratulations are also in order to all our bill credit prize winners—Terry Erwin ($1,000), Albert Lawrence ($500) and Wallace Williams ($500). Joy Vaughter won $200 after her name was drawn from among those that donated to the Trust Board Food Drive. Another 10 lucky members also won $80 bill credits. 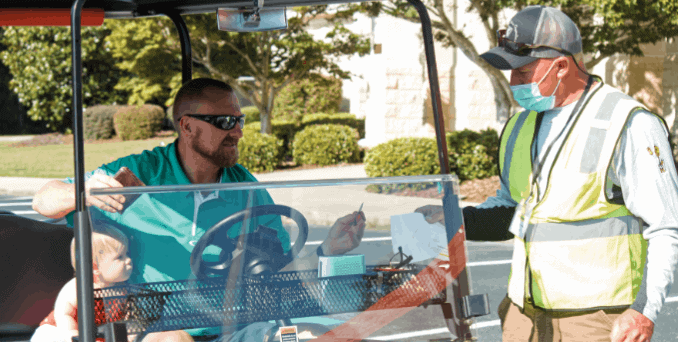 Ryan Johnson, with his 14-month old daughter Skylar, makes a donation to the Trust Board canned food drive during Annual Meeting registration in August. Due to COVID-19, members were asked to make monetary donations in lieu of canned goods. Members responded with more than $6,000 in donations. Photos by Josh P. Crotzer.