A total of 1,533 members took advantage of the multi-day, multi-site event to register and vote as Travis Burriss, Terry Ricketts, and Patsy Wilson were elected to their respective board seats.

The new Little River Electric board held its first meeting on Aug. 24 and elevated W.F. “Bill” Davis to chair the cooperative’s governing body. Ricketts was elected vice-chair and Wilson was voted as secretary/treasurer.

Cooperative members also voted in favor of the bylaw changes recommended by the board and administration.

Little River Electric trustees are elected from among the membership representing 10 districts and serve three-year terms. 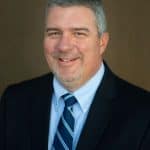 Burriss resides in Iva and works in customer service at Dietze & Schell of Anderson. He is a board member of Iva Community Recreation and a deacon at Union Baptist Church.

“I enjoy serving people and working for the betterment of our communities,” says Burriss. 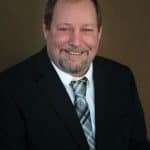 Ricketts, a resident of Abbeville, is retired after 31 years at West Carolina Rural Telephone Cooperative. His wife Millie is the principal at Long Cane Primary School.

“Developing unified relationships and working together for the betterment of Little River Electric will be my number one priority,” says Ricketts. 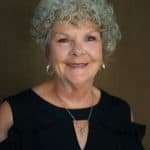 Wilson is from Plum Branch and is the former proprietor of Patsy’s Interior Designs. She currently owns and operates Get Nailed, a local nail salon. Wilson is a member of McCormick United Methodist Church where she sings in the choir.

“I want my position on the Board of Directors to be one that will further the good work of this co-op,” Wilson says.